I had another great weekend shooting on the Good Time Girls Film that I mentioned here. We started out doing some pick-up shots of some local color, here a banjo player: 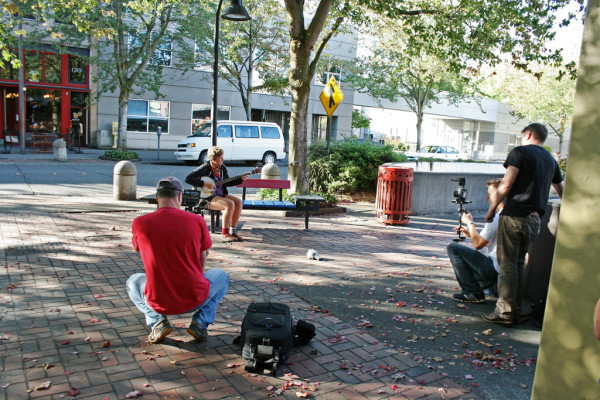 Two cameras running, one banjo strummin’. That was lame, wasn’t it?

Grabbing some locked down footage:

Lock it down and shoot it.

Dan and I discussing a push dolly into the banjo players hands that I’m preparing to do. Notice the cool back light coming in through the translucent banjo head. I love little artifacts of light like that. We liked this location because of the dappled light: 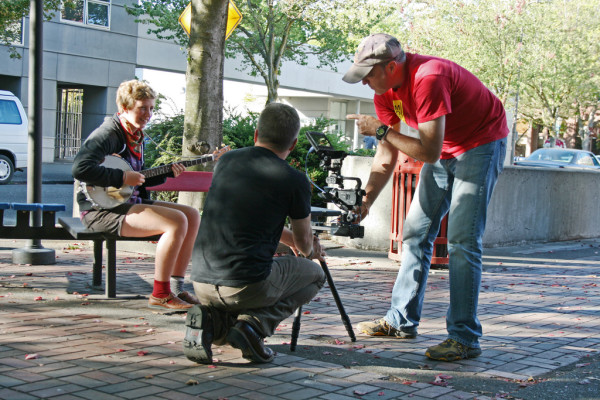 Me: look at that light! Dan: shoot it will you? Me: isn’t it cool? Dan: Shoot it before something bad happens to you! 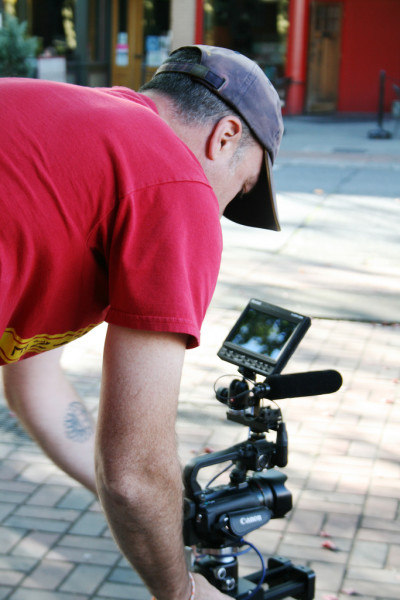 We then did some shots of Queen-Princess-Good-Time-Girl Marissa, acting brilliantly. Ah no, she’s just driving: 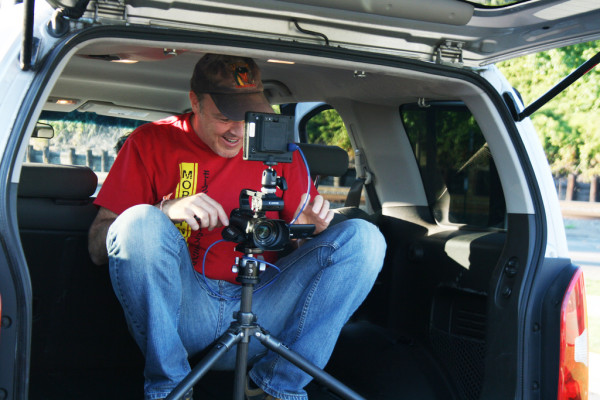 Dan: is this legal? Jon: are there any cops around?

That yoga is paying off… 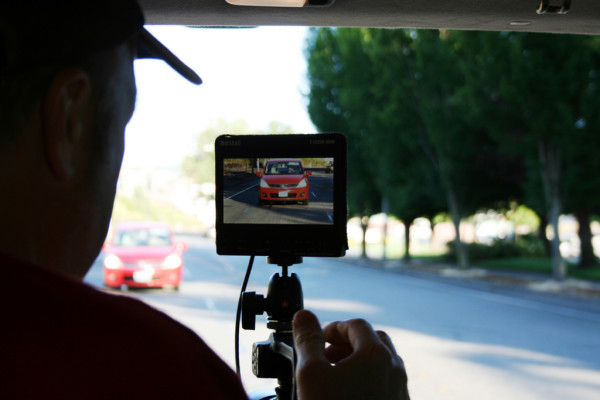 Looks stable, eh? Believe me, it was not. Where’s my gyro?!

Some of the best footage of the day was captured by Andy out the window of a moving vehicle:

Wait, what did you say about this being legal?