No Absolute Truth In The Universe Gallery Opening

I went to the opening of the No Absolute Truth In The Universe gallery show at the Bankok Arts and Culture Center this last weekend. The art is a mixing of current culture and Dharma. Here are some of the pieces I liked. First, titled To Cross The Samsara 2 is by Punsiri Siriwetchapun. It is a 120cm x 240cm inkjet print on film, which is then backlit. (Click To Enlarge) 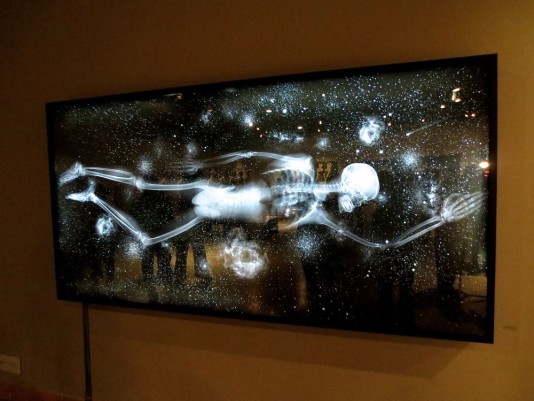 Here are some more:

This was a very cool video installation by the same artist, titled The Physique. You can’t really get a feeling for it from a simple photo; the images are moving, slowly, showing the internal movements of the body during meditative breathing. 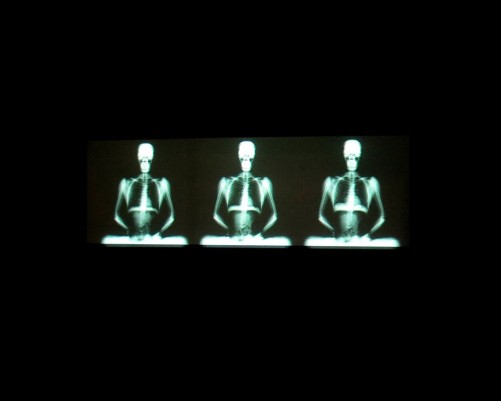 This large photograph, also by Punsiri, is titled Ladakh, India. 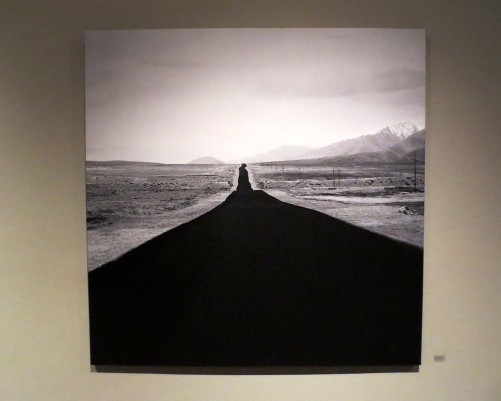 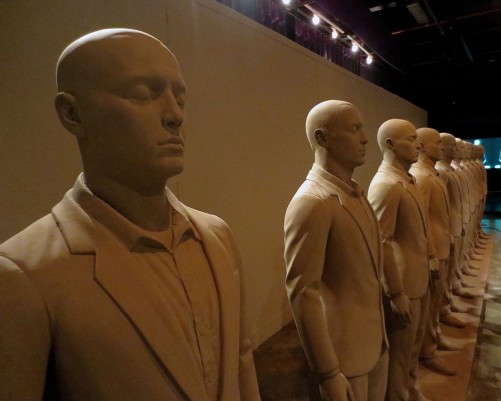 At times, the most valuable things become things taken for granted. Like oxygen—the most essential element for all living things—how rare of us to understand its value?
Dharma is invaluable, and it exists around us. It’s the core from which we can grasp the truth by ourselves, using our consciousness in contemplating our own body and mind.
Such is the path of consciousness. 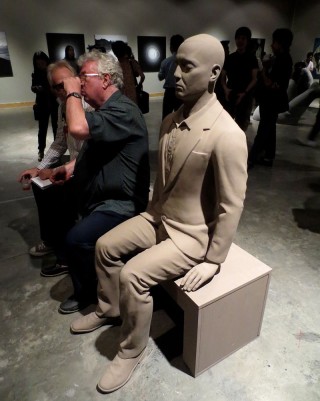 This last piece is by Ong-Arj Loeamornpagsin and is one piece out of a larger work titled Uncertainty. 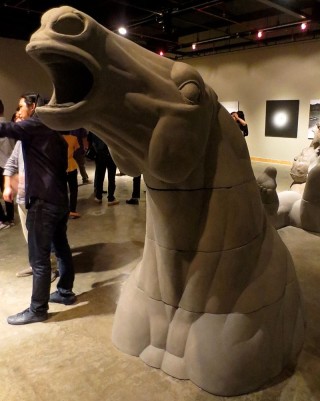 At the show a great artist’s book/program was for sale, and it was only 200 THB (about $6.67)! It is sewn together and is a great piece of work in its own right. 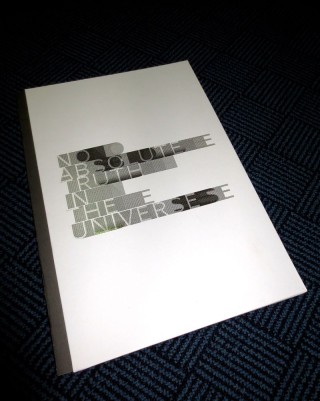 At the beginning of each artist’s section, there is a small sewn in ‘sketchbook’ depicting each artist’s visualizations of the work. A very cool addition! Larger reproductions follow in the chapter. 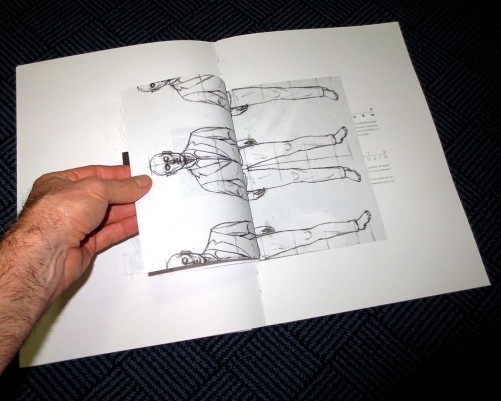 I enjoyed the show immensely. It was full of lots of people there for the social aspect, people there to meet the artists, and some people intensely involved in experiencing the work.

The show is free and runs until the 17th of February, 2013. If you happen to be in Bangkok, go check it out!

No Absolute Truth In The Universe Gallery Opening.