From The Archive: The Aerial Dancer 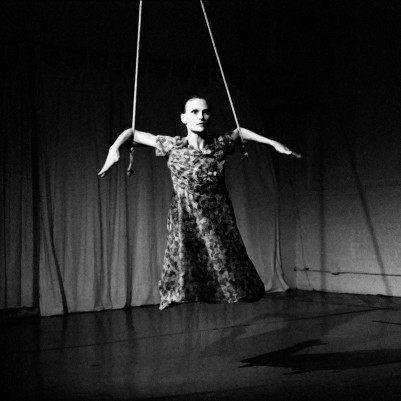 The photo of The Aerial Dancer was taken at small independent dance production. I don’t recall any of the details such as the name of the show or when it was, but it was in a tiny space converted into a theatre in one of the endless hidden buildings in Brooklyn.

The performer was perfect as she flew towards the audience—she had a gaunt, harsh look that brought to mind a witch or a disturbing puppet. I originally titled the file “Freak Fly.”

This entry was posted in From The Archive and tagged Random Images.
Jon Witsell Photographic Arts