It had been a long time since I had seen my old friend Robert Sarazin Blake play, and I hadn’t yet seen him with his new band The Put It All Down In A Letters. The band is tight and Robert is better than ever. His music used to be described as folk punk, but I always thought of it more as angst folk. That’s a bit different now—the politics are still there, but the corners are smooth, the edges aren’t so biting. He’s always been one to work the crowd, but he’s smoother now—a reliable confidence on stage that is the hallmark of—really something more than—an entertainer. 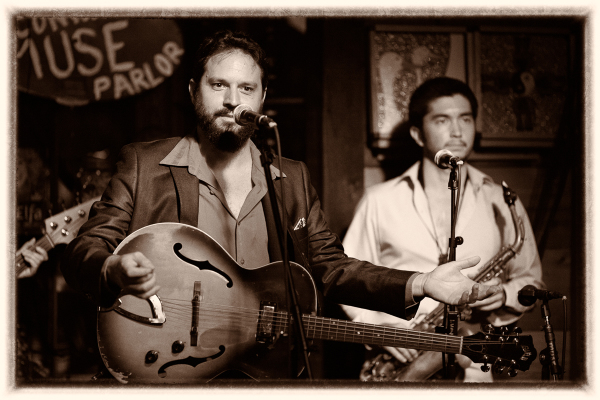