I’ve been taking some test shots in the forest for a future project, and have had a bit of an issue with my tripod moving around in the understory. There is quite a variety of things on the forest floor: moss, roots, rocks, fallen limbs, etc. So, I decided to get a set of spikes for my new Really Right Stuff (RRS) TVC-24L Versa Series 2 Tripod. I’ve been using RRS’ gear for years now. I’ve had one of their quick release plates on pretty much every camera I’ve owned, from a diminutive Panasonic GH2 to a 7lb Linhof Technikardan view camera. Their QR plates and clamps are the best in the business, they are rock solid, are made of the best materials, are beautifully machined, and, most importantly, are designed by photographers.

But I didn’t want 3″ spikes, let alone 4.7″ monsters. So I dug around a bit and found the perfect kit just shy of $50: the Gitzo G1220.129B3 Stainless Steel Spike Set*. The spikes aren’t excessively long for my needs (1.5″/38mm) and in addition to the spikes themselves, you get not one, but two sets of rubber feet. That’s a pretty good deal considering the cost of the individual spikes.

Since none of the washers fit my TVC-24L exactly, I went with the larger of the two sets which gives a bit of a “platform” to help in soft ground. The threads on all of the spikes mentioned here are 3/8-16 NC. The 1.5″ Gitzo spikes take a 15mm wrench (or an adjustable) to tighten them down. Avoid excessive force as you don’t want to strain the carbon fiber/aluminum joint.

The rubber feet press onto the spikes quite firmly–they appear to be made of a softer rubber molded around a harder rubber core. Time will tell if the feet retain their shape and stay snugly attached to the spikes. One note of caution: when traveling by air you may want to remove the spikes and stow them in your checked luggage, the TSA probably won’t react kindly to metal spikes hidden underneath rubber…

All in all, the kit is a very good deal, and I’m looking forward to having a more secure tripod when I’m shooting in soft ground.

(* I’m an Amazon affiliate, so if you purchase these items by clicking through these links, I get a small percentage from Amazon. Your price remains the same regardless. Thanks for supporting this website.) 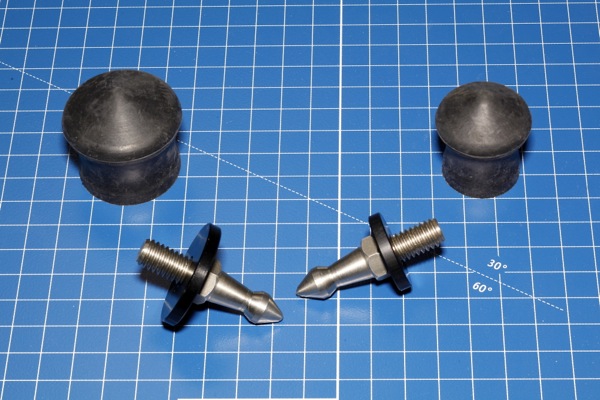 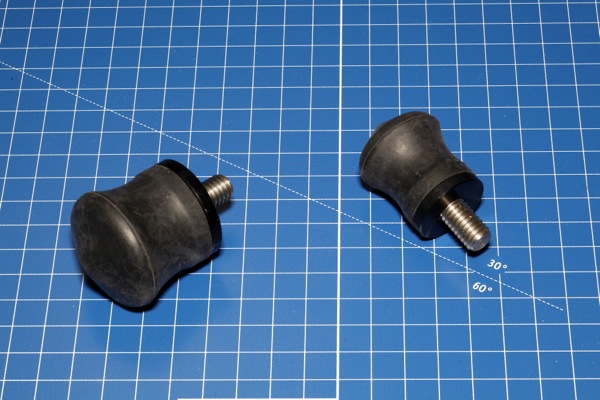 Spikes with Feet Attached. Large on Left, Small on Right. 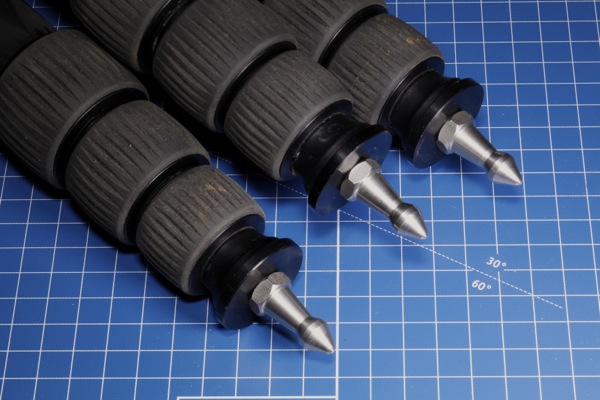 My Setup: Gitzo Spikes With Large Washers. Not what the TSA Wants To See During an Xray.