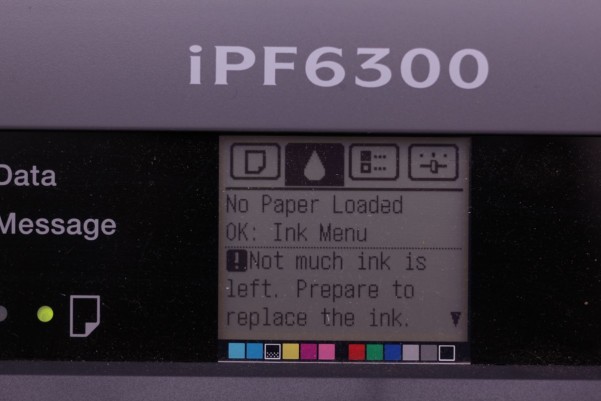 Now don’t get me wrong… I’ve just replaced an Epson 3880 that was damaging Botanica Obscura prints in the deep shadows with its spur wheels (another blog post on that particular bit of suckiness soon) with the Canon 6300… and it is a world apart. After more than a decade, I’ve ditched Epson for good and moved to Canon. The level of engineering is much higher and Canon has excellent included software (like the Free Layout image nesting program and their exceptional Photoshop Print Plugin) that makes the Epson’s software look, well, quaint.

On top of that, Epson has become hostile to third party software writers like Roy Harrington (who programs the brilliant Raster Image Processor Quadtone RIP). Canon, meanwhile, has included their own Media Configuration Tool to allow you to adjust their printer to use third party papers. And, Canon has been open to supporting third party software writers like Bowhaus and their fantastic RIP True Black And White (which is what I use for my fine art printing now–I used their InkjetControl and Open Printmaker RIP since the first version was put on the market; that was Epson-only software, and I became quite skeptical of Epson when Bowhaus dumped them for Canon).

What they engage in is the shipping of their new printers with starter ink cartridges: 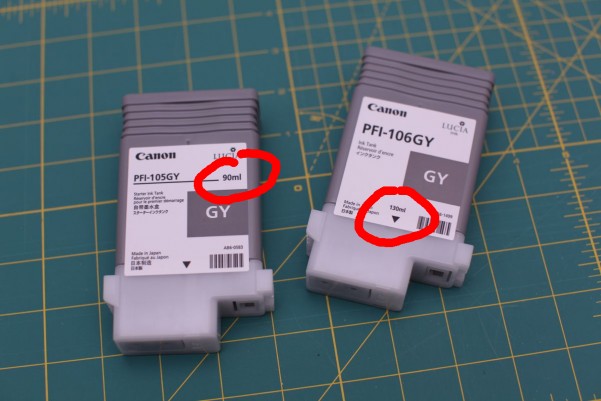 I have known about this for years, but it still sucks. And, it isn’t a matter of “just switch to their competition,” because Canon, Epson, and HP all engage in the same swindle (if I recall from one of my political economy classes, this was called indirect collusion). My 6300 arrived on August 21st and I just got the “Not much ink is left” message October 29th. The message wasn’t that useful, as the printer stopped printing almost immediately after I saw it. Would have preferred an earlier warning. So, how much did I print before the first starter cart ran dry? According the printer, I’ve printed 13 square meters–not that much really, when you are printing 16″ x 16″ and panoramic prints, calibration patches and custom paper adjustments. I do realize that the first set of carts charge (fill) the tubing/inking system in the printer, so much of the starter carts’ ink goes towards that, but then that adds even more to the sense that the printer just chews through ink—isn’t that another good reason to provide normal sized carts with a new machine? Interestingly enough, most users report that the 6300 is somewhat stingy with ink; you wouldn’t know it from your first experience.

So what are we talking about for cost for the ink for this beast? 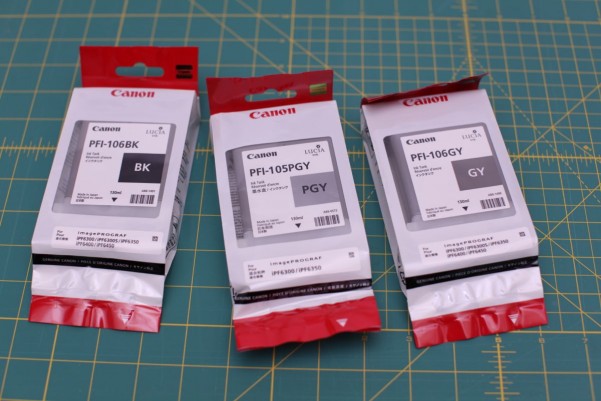 These three carts, with shipping from Atlex.com: $236.95. Each cart is $74.96, and it cost $12.07 to have them shipped ground. Since I print mostly black and white, these are the carts I will be changing most frequently, but what does it cost to replace all the carts? 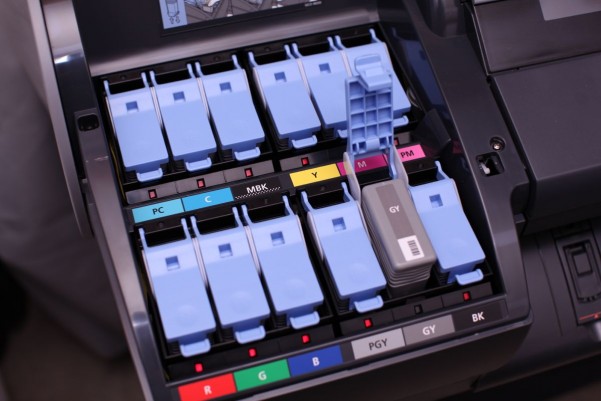 Maybe I’m just being pessimistic, but I don’t see this as anything but a method to squeeze the consumer. I have a friend with 36 years as an IBM tech and she suggested maybe less ink is supplied originally since the ink may degrade, so the companies want you to put in fresh carts relatively soon. I don’t buy it. The starter cart I just swapped out had an expiration date of 7/2013. A full year ahead of when I purchased it. And, this isn’t your average photographers’ printer. Unless you have a large bankroll, you don’t shell out for a $3000 printer that takes over $900 to load with ink and uses $150 rolls of paper. This machine is meant for someone that is going to print and print a lot.

Anyway, I asked my friend of nearly four decades at IBM what happened when IBM made inkjet printers and shipped them with starter carts: her clients were pissed. First they thought they had been lied to about the quantity of prints that would be printed for a given set of carts, then, when they were told these were just starter carts, they were pissed again as they would have, like me, preferred to get the printer at a higher cost and had full carts. It would cut down on having to order and change carts as often initially. We are talking thousands upon thousands of printers. Apparently these companies don’t much pay much attention—or don’t have too—to their clients.

Anyway, that’s the end of my rant. Will it change anything? Probably not. But I feel better. And this made me feel better also: years ago, my friend at IBM worked in the field and would go to clients’ offices to repair the newly introduced and ill-mannered IBM inkjet printers. When asked asked what the call was about, she would respond, like all the other IBM field techs “I have to go fix a Spray-n-Pray.” I’m glad to report that my Canon works like a dream.

This entry was posted in Fine Art Printing, Technical.