This is Wat (temple) Piawat in Muang Khoun, on the Plain of Jars, south of Phonsavan. It was bombed during the Secret War. The temple was almost entirely destroyed, but the Buddha statue remained mostly unharmed. Bombs and Buddha was photographed when I had finished working on a photo project with Médecins Sans Frontières, and we were headed on the ten hour drive back to Vientiane. 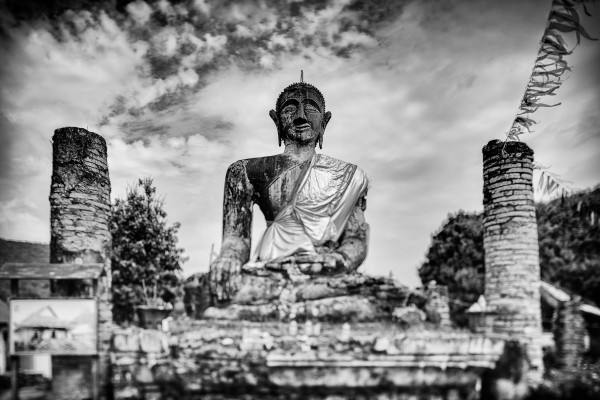